It’s in the Cards: J.Ryan and the Queer Street Tarot 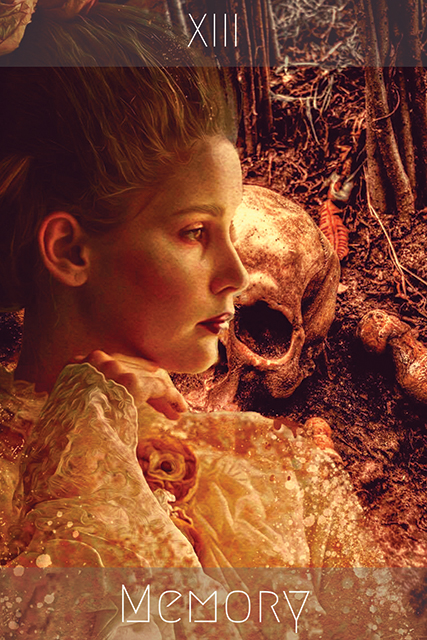 The three decks of Queer Community Tarot consist of the Divine Masculine, the Divine Feminine, and the Divine Spirit. Image courtesy of J.Ryan

Throughout time humans have asked: “Where do I hunt the mammoth?” “How can I find love?” “When will I finish my novel?”, seeking answers in rocks, tortoise shells, reindeer shoulder bones—and cards. The Tarot has a long history, and was used from the late 18th century for divination, proliferating in designs and reading methods.

Native Minnesotan J. Ryan has been working with Tarot for fifteen years, and is currently creating a triad of decks designed specifically for the GLBT community.

“I began when I was twelve,” he says. “I was always fascinated by the occult and devoured as many books on the subject as I could. It took me about two years to learn comfortably and I began to read for others for fun.

“Designing these decks started as a sort of accident. I was playing around with image manipulation and came up with the idea to create a deck for my own use.”

This project evolved into three decks: the “Divine Masculine” geared toward male-bodied people, the “Divine Feminine” centered on the female-bodied, and “Divine Spirit” to embrace the gender non-conforming, transgender, and genderfluid; the three decks forming the Queer Community Tarot.

“Many times I’ve heard someone say they could not see themselves represented in the [standard] Tarot deck. With the Queer Community Tarot set, you can mix and customize your own deck; literally, build yourself a queer deck that better reflects you.”

Tarot decks consist of 78 cards, similar to modern playing cards, with its four suits, Swords, Wands, Pentacles and Cups, replacing Spades, Clubs, Diamonds, and Hearts. The Tarot has Kings and Queens, but includes a Knight alongside the Jack (Page). This portion of the deck comprises the Minor Arcana, while the twenty-two remaining cards—the Major Arcana—are numbered in Roman numerals from 0 through XXI.

Reading the Tarot is not just a matter of, “You will meet a tall, dark stranger,” or “I see a long voyage in your future,” but, as in any serious divination effort, involves interpretation of the cards on the part of both reader and questioner. The Death card does not (necessarily) indicate imminent demise, nor the Devil perdition; one is dealing with metaphor, and work is required of both reader and receiver to discern meaning. 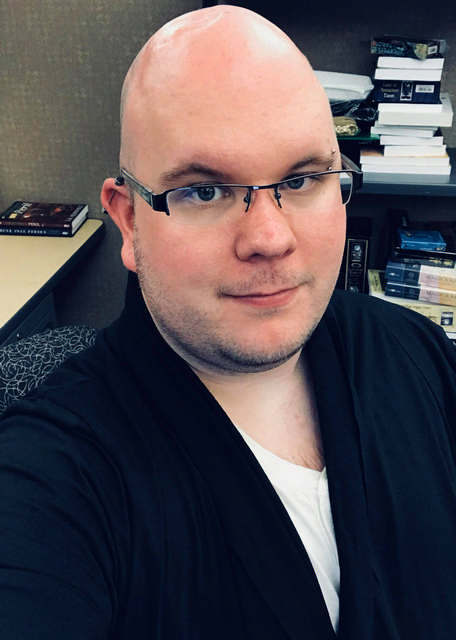 Minnesota native J.Ryan is the creator of the Queer Community Tarot deck.
Photo by J.Ryan

“I like to say that the Tarot can do just about anything,” says J.Ryan. “If you’re a writer, you can use the cards to help plot your next chapter,” but cautions that there are limits. “It can’t replace professional mental health assistance, and I would never suggest otherwise.”

How does a reader read? “I try to create a cohesive reading out of all the cards on the table for my clients,” notes J. Ryan, “but some will read each card one-by-one [with its] standalone message. The systems that you create serve you best—another reason I think that the Queer Community Tarot’s concept of personal customization works so well.”

He stresses that he, like many readers, truly wants to help people, not just read as a parlor trick. In order for a reading to have meaning, the client must commit to shouldering their share of the work.

“Do push yourself to put the cards down once you’ve asked your questions and live life,” he urges. “Keep note of what cards come up and see how they manifest in your life after that reading, but don’t become dependent on them as a kind of map.”

J.Ryan has changed some of the standard image names: “Devil” in the Divine Spirit deck is “Dysphoria,” “Lovers” in Divine Masculine becomes “Partners,” while “World” in Divine Feminine becomes “Legacy.” These changes, he determined, were necessary to work with the “queer identity” of the decks. For example, “Changing ‘Lovers’ to ‘Partners’ opens it up because no two relationships will be the same. I have one male partner but others may be engaged in a polyamorous relationship, a triad, or not one at all. ‘Partners’ doesn’t have to be romantic. It was important that I gave space to everyone in the community, not just those that are cisgendered gay/lesbian people, but also those who are gender nonconforming, trans, asexual, and bisexual as well.”

He adds, “The book that accompanies the decks will further explore the connection to queer identity and Tarot card meanings. While I want all people to be able to use this deck, ultimately this is a set of decks that I want the queer community to be able to see itself in.”

J.Ryan uses his own designs and manipulated stock photographs to create the individual cards, to create “serious tarot imagery.” All three decks will be available in November, but you can visit J.Ryan’s site now at www.QueerStreetTarot.com.

Q: Seeking neither mammoths nor love, I asked, “How can I finish my long-delayed second novel?”

The 7 of Cups says to me that you’ve got a lot of potential lines you could travel, but you need to go down the one that’s going to allow for the most growth in the novel. It may or may not be the storyline that you like the most, but it has to allow your novel to set up for a potential third. The Page of Cups can indicate that you may need to explore storylines that you hadn’t considered or felt particularly drawn to at first, while the Growth (Empress) asks you to consider which, of all the potential ways it can go, will be the most fruitful and provide the story the most room to grow. That’s the route that should be explored here.

Enter to Win a “Gaslighter” Prize Pack Celebrating the New Album from The Chicks!